Ireland – a world leader in aviation finance and leasing

Ireland’s place as a world leader in aviation finance. Since the creation of the commercial aircraft sales and leasing company, Guinness Peat Aviation (GPA), in the 1970s, Ireland has developed a reputation as a centre of expertise in aviation financing, with a deep pool of skilled arrangers, managers and advisers.

Tax environment in Ireland. There are a number of tax factors which contribute to the success of Ireland as the global leader for aircraft leasing: 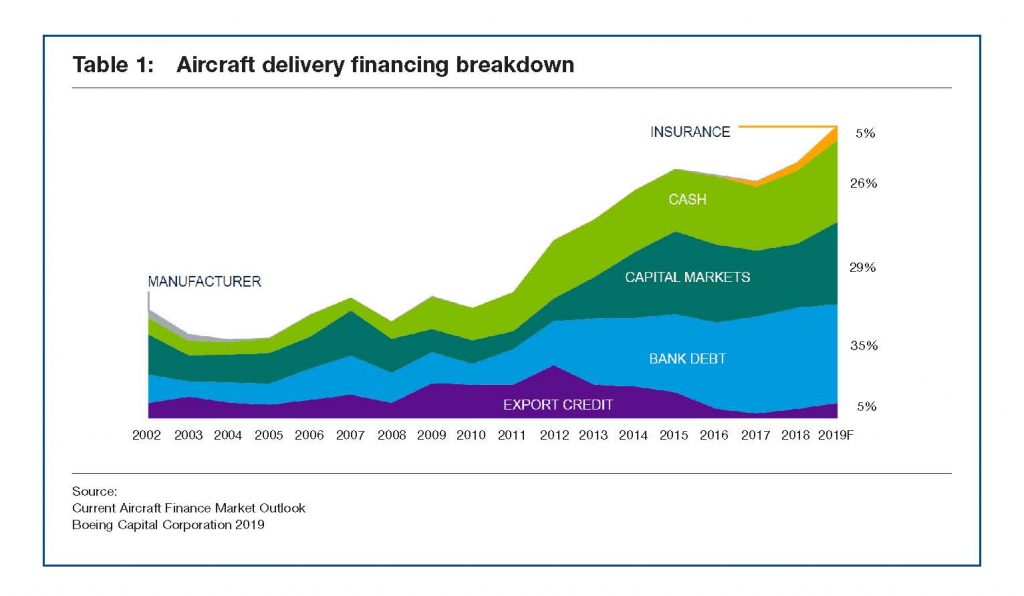 Aviation finance market overview. Ireland’s place at the centre of aviation finance is clear, but looking at the broader global aviation market, there are generally positive macro factors for air travel:

That said, there are a number of headwinds in the aviation industry which give rise to some concerns:

So, while there are headwinds to consider, on balance, there should continue to be a significant demand for aviation finance, and the aircraft finance industry remains in a healthy state:

In the context of the above, it is important to note that aircraft leasing continues to grow in relative size and importance, and the total percentage of aircraft that are owned by lessors (by number) is expected to reach 50% in 2020 (see Table 2).

While the number of publicly listed lessors remains relatively small, aircraft leasing has become more mainstream. This can be seen from the increased number of aircraft lessors that have achieved investment grade status.

This has allowed aircraft lessors to better access the capital markets, with increased levels of unsecured debt and ABS issuances being used to finance their portfolios. Unsecured funding now represents more than two-thirds of the debt being raised by aircraft lessors. This reflects increased market confidence in the business model.

Conclusion. In a world where air travel will continue to grow and where significant capital is needed to fund aircraft deliveries, the outlook remains relatively optimistic for the aircraft leasing sector.

Given Ireland’s current place at the centre of the aviation finance world and the supporting factors that exist here, Ireland should continue to prosper as a global hub for aviation finance.